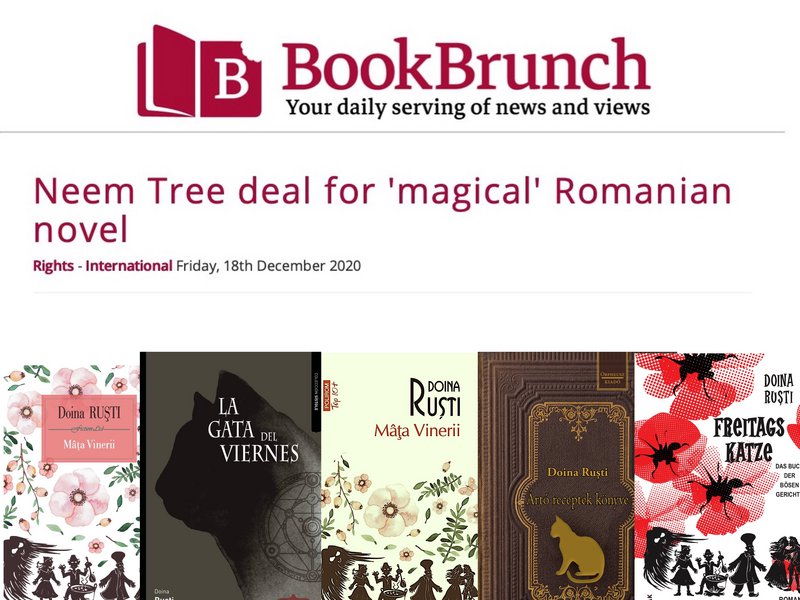 Archna Sharma, publisher at Neem Tree Press, has secured 'a major grant' from The Romanian Cultural Institute for the English publication of The Book of Perilous Dishes by Doina Rusti. World English rights were acquired from Darryl Samaraweera, Artellus.

Rusti (pictured) is one of Romania's most successful writers of historical and speculative fiction and has won numerous literary prizes.

Samaraweera said: "I am thrilled to see Doina’s atmospheric, magical adventure being published by Neem Tree Press. Archna’s enthusiasm for this delightful project matched my own, and I look forward to the success the team at Neem Tree Press will have with The Book of Perilous Dishes."

According to the acquisition statement: 'It is 1798. A slave-cook lives in Bucharest, sought after by everyone. His cooking satisfies even the sophisticated tastes of the Prince, who takes him to the Palace. However, no one knows that the cook has in his possession a witch’s recipe book: the "Book of Perilous Dishes". His food can bring about damaging sincerity, forgetfulness, the gift of prediction, or hysterical laughter.

'And the rightful owner of this book is fourteen-year-old Pâtca, an adolescent initiated in the occult arts. Pâtca comes to Bucharest, to her uncle, Cuviosu Zaval, to recover this book, but she finds him dead, murdered, and the "Book of Perilous Dishes" has disappeared without trace. All that Zaval has left her is a strange map.'

Rusti said: "I live in Bucharest, the happiest city in the world, even its name says it (The City of Joy). At night, joyful voices overtake the streets and during the day the trees sing, especially Brâncoveanu's mulberry tree on Batite Street, an old tree, several hundred years old. Although it is supported by metal prostheses, it is always green and full of elfins. In all my novels I write about Bucharest. If this city didn't exist, maybe I wouldn't be a writer.

"I live at an intersection, on the 8th floor, in one of those communist buildings. It's the best place for a writer: from my balcony, on the top floor, I see the whole intersection, and sometimes I hear the wails and swearing of the hanged, because at this intersection could once be found the execution grounds of the city. I have many Balkan legacies: a Turkish grandmother, a Macedonian-Romanian great-grandmother. Some ancestors roamed the Balkans until they lost their origins and names, mixed with many nations. But most of them lived in the Danube Meadow and were country teachers. For this reason, in my night dreams I often see creepy horsemen, robbers or short and stocky women reading subversive books - like my grandmother." 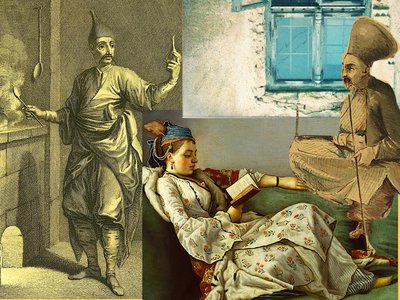 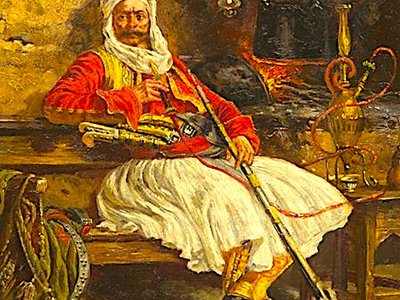