I am a Latinist, and that is why I used elements from peripheral Latin mythology in my book. Sator was a generic name for the supreme creator of the world, and was only rarely used in the Latin world. (2022-05-09) 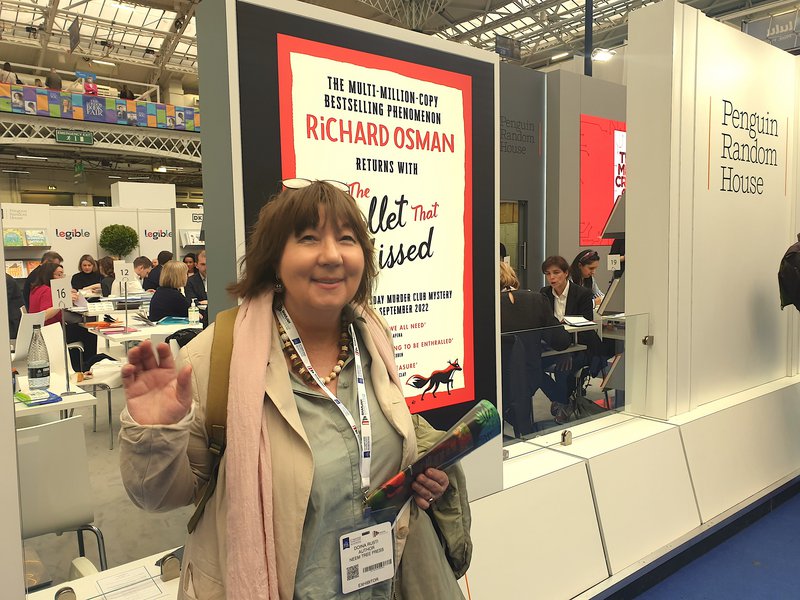 Whenever I get the chance, I tell my friends to read translated books. As an American, the idea of only reading stories from traditionally “Western” perspectives sounds a bit boring – the world is bigger than our own personal experiences, and is more varied and beautiful than what we define as our “comfort zone.” With this in mind, I was very excited to hear that Doina Ruști’s historical fantasy, based in Bucharest, would be receiving an English translation.

“1798: A magical, dark adventure. Fourteen-year-old Pâtca, initiated in the occult arts, comes to Bucharest, to her uncle, Cuviosu Zăval, to retrieve the Book of Perilous Dishes. The recipes in this magical book can bring about damaging sincerity, forgetfulness, the gift of prediction, or hysterical laughter. She finds her uncle murdered and the book missing. All that Zăval has left her is a strange map she must decipher. Travelling from Romania to France and on to Germany to do so, Pâtca’s family’s true past and powers are revealed, as is her connection to the famous and sublime chef, Silica.”

Back in September 2021, I had the opportunity to interview Doina Ruști for Shelf Media’s annual “Read Global” issue. However, this first interview had less to do with Doina’s books and more to do with her experience as a translated author. So, after reading The Book of Perilous Dishes and enjoying it immensely, I was keen to have another interview with Doina – and Doina, kind as always, answered each of my questions with enthusiasm. You can read our conversation below!

“In my childhood, which I spent in a small village (Comoșteni) in the Danube Valley, all food had magical properties. For example, we would imprint a star with many rays onto our bread, as a representation of the sun, made by using the bolls of a plant called “velvetleaf” (attached below). It was inconceivable for us to eat bread without this symbol. Often, we would also add a few drops of holy water in our food. Many of the enchanted dishes mentioned in the book were prepared in our home – we had both an elixir and a dish for any type of disease. There is magical culinary art preserved in the folklore books of Europe, therefore here in my country as well. In one such book I read a 17th century recipe for a Trigonella leaf salad. These leaves need to be added in small quantities, and I remember how we’d prepare that salad in our house to sleep well during the night. Then I found out that these leaves are used in medicine for preparing sleeping pills, but also poisons – hence, caution is advised. Domestic mythology is part of my legacy, and I rediscovered it academically, which revealed to me the complexity of archaic life.”

“Actually, my approach was rather based on maieutics, moving from question to question. I started by reading a document from the 18th century – it was a complaint made by a noblewoman against the prince. He had kidnapped her cook. Obviously, I wasn't interested in the outcome of the actual conflict, but I started wondering what culinary skills that cook could have had to justify his kidnapping. That’s why I then read a recipe book from the royal court, dating back to 1690. Many dishes were bizarre, and they reminded me of the alchemy of magical elixirs.”

“My fictional world is rooted in my childhood. Everything was possible in Comoșteni. First of all, our house offered various possibilities for expanding the fantasy realm: it was a large house, with many rooms, and each of them hid chests, nooks, trap doors leading to the cellar, attic, or ice chamber, numerous objects passed down for several generations, and in the yard there were many other buildings, carriages from the old days, toys of previous generations, stables, the fig plantation, a cherry orchard, and a summer kiosk covered in vines. On top of that, the village is located near a river (Jiu) and the island of Copanița, where we’d often hunt coots; the forest was not far. Neither were the ponds, and there was even a stone quarry … all these elements have laid the foundation for my fictional worlds, and every time I write a book, they naturally shape my artistic sphere. I couldn’t have written about Pâtca without my memories from childhood, when I was actually called by that name (a strange word from Bulgaria, meaning "something small"). Only afterwards, having lived in this region, I absorbed the elements of the 18th century, out of a Bucharest which hoped (as did all of Europe) that the great empires would crumble, first and foremost the Ottoman one. My imagination is built on solid ground, which is why I always start with a map, just as I did now (I’ll attach it here). It illustrates the geography of Bucharest at that time, but also the houses mentioned in the novel, the main characters, and the streets which have endured through time.”

“I am a Latinist, and that is why I used elements from peripheral Latin mythology in my book. Sator was a generic name for the supreme creator of the world, and was only rarely used in the Latin world. In school, I studied a well-known magical square in Latin, on which is inscribed: Sator Arepo Tenet Opera Rotas. Sator was simply a synonym for the supreme god and, historically, there were no Satorines … however, the entire 18th century was full of secret societies and confraternities, like the Rosicrucians, so it did not seem impossible. To prepare, I read a lot about the esoteric societies of the 18th century. The Enlightenment ignited, among other things, atheist movements and a rejection of the Church. As a result, there were groups that advocated a new religion and produced rich literature – these esoteric societies were a result.”

“She is not a figure from folklore, but she synthesizes several Romanian and universal beliefs about cats. They say that the real name of the cat can never be uttered. There are also many superstitions and myths about the taboo of revealing sacred names. Indeed, it’s comfortable to hide your real name! Moreover, there are symbolic connections between the cat and Friday, seeing as the name of this day, in Romanian (as in all neo-Latin languages), comes from Venera-Venus, the goddess of love and seduction. Last but not least, many dark spells require a black cat. However, Cat-o-Friday herself is a white cat, making her a beneficent witch.”

“Thank you, dear Alyse! Of course, the process was complicated, and we’ve made several attempts. This time, I was lucky to find an agent who managed to secure a publisher, but it was surely a new path for me. Unfortunately, I’m not confident enough in my English to establish how far James Brown's version strayed from my novel. However, I do know that any translation is practically a new composition, in the same way a screen adaptation of a book is a new composition.”

Doina Ruști is one of Romania’s most successful writers of historical and speculative fiction. Known for the originality of her novels, Ruști is the recipient of many major Romanian awards, and her books have been translated into multiple languages, including Chinese and German to date. Ruști is known for exploring aspects of fantasy and the supernatural, as well as tackling darker themes such as political corruption. 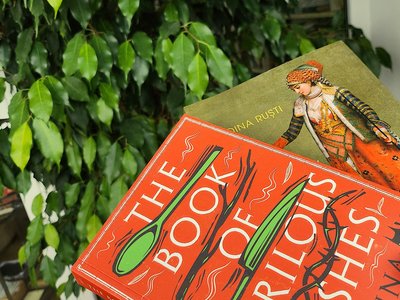 The Strawberry Post about the novel The Book of Perilous Dishes 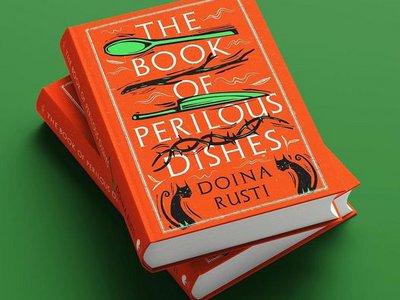