Homeric, a novel by Doina Ruști 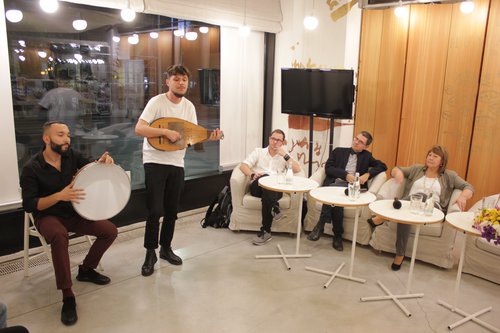 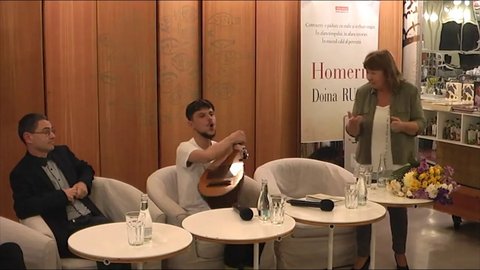 First opinions about “Homeric" (a novel by Doina Ruști).

"But there is a time that descends upon the world when you least expect it, something like the mouth of a wolf which breathes over forests and sometimes upon the head of a person of some importance, blowing out their dreams, erasing the paths which, until then, promised a sure future - and Mușa had left the house exactly during such a time. It was summer, and from behind the butcher’s the unsettling smell of crushed meat and bones was rising. She skirted the mound which still stands high even today in the middle of the slum and proceeded on to the market. And what a sight unfolded before her! The sky was sighing sleepily, and from under it one could hear the jingling of beads that evoked an earlier time. Mușa took lazy steps, dragging her slippers, enjoying the feeling of stepping over tiny stones that she could feel through new soles, listening to the vulgar happiness of glass and the cossetted whispers of round pearls. She rummaged through the bracelets and rings, she perused the amber jewelry, and in the end she stopped in front of a shop selling dessert accessories: silver teaspoons, coffee cups and crystal glasses, jam plates made of fragrant wood and particularly low tables, painstakingly inlaid or painted with women half-hidden in veils. Everything lost its allure however after glimpsed the the merchant selling them, a dark-skinned man, in whose eyes smoldered desires without hope – perfidious shoots, like sprigs of hemlock. Without taking his eyes off her, the merchant offered her a silver ibric, and in its reflections, bleached by the summer sun, swam the tiny fish of temptation.” (Homeric) 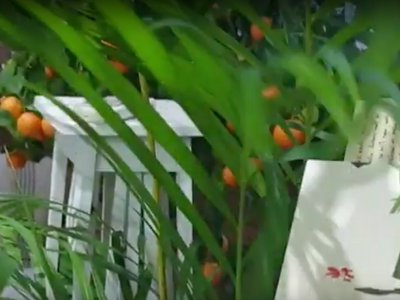 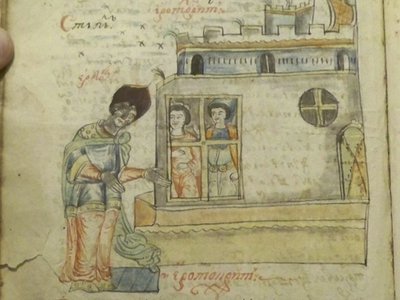