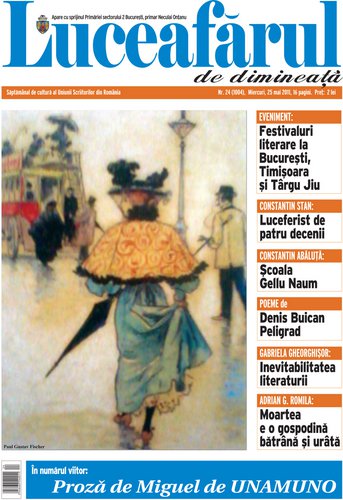 Doina Ruști is a writer who always breaks out from reality restraint, in order to flow, like Aladin, on the enchanted carpet of imagination. Her prose provides all reasons to get confused, and a superficial reader stands the risk to remain prisoner or disenchanted at the sensational level of the topic. This seems to be the case with the recent novel, For men plus Aurelius (Polirom Publishing House, Iași, 2011), a story with literary fast-food ingredients: into a thriller, characters with no psychological depth, an alert simplicity of the narration.

The tow of the story spins in first-person narrative, through Licia, a master student at Theatrology who is still living in a student hostel and is working at a cinema production company, Action Film, at Development Department. Licia has the obssession of the ’immortal’ Aurelius, her grandfather’s tomcat and the archetype of imminence, that is the impervious seducer: ’Nothing I’ve lived compares to it, that look telling me unquestionably not only that he despises me to death, but also that there is nothing I could ever do that may change a bit his opinion about me. I was alluring me, watching me pertinaciously and unremittingly, sometimes almost responsively, and when I got near enough, it would turn its head away, crushing me for good. And its joy was so intense and genuine, that I could feel it wherever I were. It entered my brain cortex, it sneaked in the air I breathe and the dust getting slowly to the eighth floor. I can feel the glare in its eyes, I can see it stanfing up majestically, while I turn into a thread of saliva, straight out from his moustache’. Along with George Cal’s magnetic net (at the begining employed to summarize scenarios) where Licia gets stuck, past also invades her again through the (private or official-constabulary) inquiries on the death of some ’inevitable’ men in heroine’s life (in fact, there have been four such men, all died accidentally, like in a lugubrious joke of destiny).

Beyond this epic thred of love failures, at the end Licia turns into a possible criminal, in the novel they debate vividly about books’ faith and the loss of the appetite to read. As regards Licia, she has an explanation related to the unsettling experiences with the ’inevitable’ men and the claw of the evil Aurelius, which could not stand books or her rapacious immersion into reading (at some point, Aurelius ’defiles’ a Márquez book, depositing on the open pages a bloody sparrow). Although books go to dumpsters and nobody reads anymore, people keep on commenting unknown books, talk about them ’from hearsay’, provide their opinion on blogs, bearing rumors and gossips from Facebook. Hunger for sensational pushes them especially to the anecdote. The debate on this issues explodes also through the versatile George Cal, the mystifier of classical works and the author of an ’invisible’ novel, spectral, put forth by reviews he himself wrote. As a matter of fact, the character gets to be a star through the so-called literary production of the cat Sașa, ’The novel of George Cal’s cat”.

For men plus Aurelius is not a parable (even a poorly developed one) about the death of literature, but a book about the incumbency of literature. As long there is the need for a story, literature can not die. It is true it can change its shape, like Proteus, according to the time it lives in, but it survives. In fact, the epilogue is the key to Licia’s story. The key, metaphorically speaking, because it does not unlock the mystery, but it lets it to readers’mercy. If you read the novel with reference eyeglasses, you may say ’It is too unlikely!’ and classify it to ’nice’ and easy books. But I think Doina Ruști noosed precisely those who have the superstition of reality when interpreting literature. Reading the book through likely grid seem to me unlikely (and chidish). Licia’s narration is a Don Quixote fable, the product of a mind invaded by literature (see the multiple literary references), funambulatory fiction in the drab cocoon of a routine. Indeed, one can read For men plus Aurelius with a great pleasure, because Doina Ruști’s imagination works also at the level of style, where the ingeniosity of metaphores and plastic comparisons can not go unnoticed. The author has also her own demon: the unwearied imaginativeness. 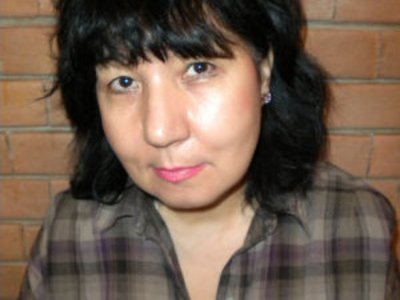 Four men plus Aurelius in the Ziarul de Duminică Journal 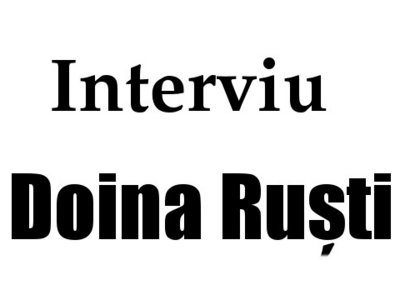